Last night we had a few new additions to the crew. Marcus’ folks, Art and LaVonne Brown, showed up at my dad’s with their former German foreign exchange student and family friend Stephan. Needless to say, my dad’s house was full of people. Tory and Vaughn took off early to go hike my suggested hike, Storm King Mountain. It’s about 20 minute from my dad’s house and is a hike that will change you. In 1994 there was a big fire, called the Storm King Fire in South Canyon. Smoke jumping teams from all over were sent to fight the fire. As they dropped into the canyon, the winds shifted and they were all trapped. 14 fire fighters were killed that day trying to save our mountains from burning up. Throughout the trail there are plaques that describe the scene that day and explain how the weather changed, causing the fire to race uphill at 35ft per second, making it impossible escape. The trail leads to the memorials of the brave fire fighters where I swear you can feel their spirits around you. Tory and Vaughn had the same experience and everyone that I know that’s ever gone up there as too.

While they were hiking, the rest of us were at my dads. We sat around the table, looking out the back window a the cliffs, enjoying a scrumptious breakfast that my dad made us. After breakfast Tory and Vaughn returned and we all took care of business (Big Blue prep, blogs, emails, grocery shopping, phone interviews, etc). A pretty typical “rest day” we are finding out. I needed to get to where I would be starting the next day about half mile up the road at Rifle High School (my alma mater). So we leashed up the dogs and Marcus, Tory, my dad and I took a nice stroll up the hill where I got to share stories of high school. On our way back, Lindsey (my best friend from growing up) passed us driving to my dad’s house to hang for a bit before the big event tonight.   We sat in my front yard reminiscing about our childhood. Lindsey and her family moved in next door when I was just 4 years old. As a shy kid, I surprisingly felt like they were family right away. The day they moved in, without being prompted (and probably a bit of an embarrassment to my parents), I took a toothbrush over to their house and knocked on the door. Kenda, Lindsey’s mom, opened up the door with a big smile on her face and I announced, “Hi, my name is Jenny and I think I’ll be spending a lot of time here” as I handed her my toothbrush. Kids! We talked about the time we thought it was a good idea to jump off the camper with umbrellas to see if we could fly, about my brother making us eat cookies with worms in them, about using sidewalk chalk to make up dance steps in the driveways, about the games we used to play outside on the trampoline. The stories went on and on while Cooper, Lindsey’s daughter, rode her bike up and down the sidewalk just like Lindsey and I did so many years ago.

Lindsey headed down to Centennial Park, where we would all shortly follow her for another amazing event put on by high school friends, Ashley Gavito (owner of 1211 Fitness) and Kortnie Valencia. I didn’t know quite what to expect but when I got there was overjoyed with what they had worked so hard to put together. There were 40+ people there (plus a bunch of little ones running around), mostly familiar faces that I hadn’t seen since high school. Old friends with their families, parents of old friends, grade school teachers, former coaches, and new faces that I was so happy to meet had all come to support me. Ashley did a quick introduction and I was able to look into a crowd of such familiarity and tell my story. A story most of them never knew when we were growing up. I didn’t really talk about my seizures until 2012, which was long after I had gone to school with all of these people. I was surprised to have a bit of fear talking about it… that hadn’t happened yet. Maybe it was old feelings of being judged or made fun of. Of course this didn’t happen and quite the opposite, I had several people come up to me and share their stories. “My niece has epilepsy”, “My brother has epilepsy”, “My granddaughter has epilepsy”. I just remembered the statistic 1 in 26… that means it’s possible that 2 people here have or have had a seizure disorder.

Ashley organized the event to be her gym’s evening class. So, all of these people that came down to the park, came to hear my story, support Move Mountains and run laps around the park for 1 hour in the name of epilepsy. My cup runneth over… to see so many people that you were afraid to share your story with, taking steps for a cause you now are so deeply passionate about… there are no words! With the entry fee, the silent auction and the donations, the 1211 Fitness family and my hometown raised $1000 in one short hour for The Epilepsy Foundation. Thank you all for the reunion and your support. I went to bed that night with a warm heart and almost a sense of relief that my story was off my chest to people that I’ve hidden it from forever. 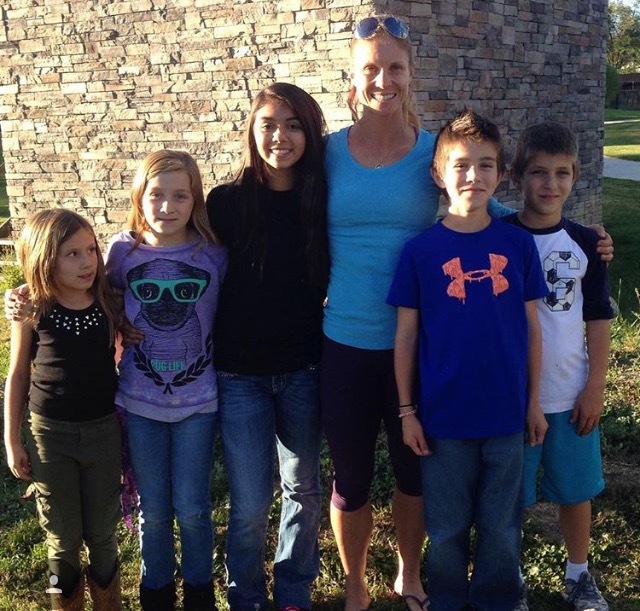 Lesson Learned: “There’s nothing to fear, but fear itself.”