I am so grateful for the story that is about to be shared below.  My sweet mom, the woman who has forever been so strong for me and never let me think for a minute that I wasn’t capable of doing whatever it was I wanted to do in this world, is sharing her perspective on my life with epilepsy.  Not until a couple of months ago, when I decided to run 500 miles across CO for epilepsy awareness, did I know that my mom (and dad) lived much of my childhood in fear.  Fear of the uncertainty, the uncontrollable and the unimaginable…fear of a sick child that they could not help.  As I hear my mom recount memories and hear stories of so many other mom’s who have children living with epilepsy, my heart is so warm with the strength, the courage and the pure selflessness these women embody.  Although they may feel helpless, I can guarantee you it is quite the opposite.  Without my mom (and dad), I wouldn’t be where I am today.  They have given me the courage to feel, to accept, to fight, to conquer, to heal and now to share.

I love you mom and dad!

“Mommy, my arm is tingling again.”

Those are the words I grew to dread, knowing what was to follow: my daughter was again on the verge of having a seizure. I would watch helplessly as she would tightly squeeze above her bicep in an attempt to stop the sensation that was moving down her right arm. As the seizure evolved, she would tuck her head then begin giggling uncontrollably (sweet-sounding but inappropriate – nothing was funny right then) for 1 – 5 minutes.  Always she would lose the use of her right arm and hand. Often she would lose control of her bladder. Usually she would disconnect from me for several minutes, emerging with blank and exhausted eyes. Then she would cry, and I would hide my face so she wouldn’t see my tears.

When Jenny asked me recently if I would blog on being the mother of a child with epilepsy, I agreed. But as I sit with my hands on the keyboard and allow my thoughts return to those days, raw emotions I’ve not felt in years begin to resurface. I don’t want to go there, to the memories of fear, confusion, frustration, and sadness.  But if she can run 500 miles in only 31 days over some of Colorado’s highest peaks, then I can do this.

First, let me put Jen’s seizure disorder into context. When she was 7, Jenny began having occasional incidents of temporarily losing her ability to clutch with her right hand. She’d drop her toy, or fall from a jungle gym, but often she’d laugh when this happened so it wasn’t overly alarming. However, over time the incidents became more frequent, and when she lost control of her bladder it was clear something bigger was going on. Many months, tests, exams, and doctors later, at age 8 Jenny was finally diagnosed as having simple partial gelastic seizures. While gelastic seizures most often do not have known cause, a suspicious MRI and the fact that Jen had had bacterial meningitis as a baby led physicians to suspect the cause was a scar in the temporal area of her brain.

There really are no words to describe the helplessness that initially overcame me once Jenny’s diagnosis was confirmed. As a nurse and a mom I was adept, or so I thought, at taking on personal healthcare challenges. For example, Jen’s older brother, Luke, was born with bilateral club feet. While his road to recovery was not without trials (envision 6 months of full leg casts removed and replaced every few days as he grew followed by a year of Dobbs braces), I could see the misaligned curvature of his feet and ankles, I could understand orthopedist’s solid plan, and I watched over time and saw improvement as his little ankle joints begin to straighten. With Jen, however, because gelastic seizures are so rare, the diagnosis itself was difficult to come by, the cause was elusive, the plan for treatment was trial and error, and I could not see whether or not her brain was healing, or whether we were making progress. Her condition was invisible…….until, again and again, another seizure would erupt.

Determining her best course of treatment went on for many years. Then we’d find a medication that worked for a while only for the seizures to start up again several months later. Days were spent traveling to see pediatricians and neurologists who were always great but so far away from our small town in western Colorado. I spent countless hours in medical libraries researching her condition and any treatment options I could find. Remember, in 1990 Al Gore hadn’t yet invented the internet so investigation involved pouring through journals and textbooks for this condition about which so little was (and still is) known. She was trialed on various medications but often either the meds were ineffective and the seizures broke through, or the side effects were unbearable (think visual disturbances, relentless tremors, nausea and vomiting, stomach pain, exhaustion, significant weight gain). More than once she suffered the debilitating effects of becoming toxic from too much of one medication or another, and I’d hold her little head as she vomited. Knowing I’d administered the medication that was causing her to feel so badly was a dreadful weight to bear as a mom, and worrying what these caustic drugs were doing to her kidneys and liver was a continuous stressor.

When no meds were working quite right, at age 14 she went through extensive evaluations for possible surgical interventions. Jenny has always needed a daily dose of physical activity, so it made my heart ache to sit with her as she was confined to a hospital room while tethered by wires to an EEG machine and with mirrors capturing her every move for two weeks at a time while nurses and technicians tried to induce seizures. Eventually their goal was achieved, and the tonic clonic (grand mal) seizures they were hoping for resulted. Can you imagine how that makes a mom feel? Guilty, angry, frustrated to name a few. And after all that brain surgery was ruled out as an option. 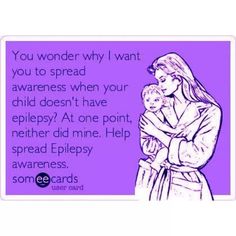 Yes, I grieved Jen’s diagnosis, and still do. Mothers are supposed to protect their children, keep them safe and happy and on the path to growing up. The guilt of not being able to do that was difficult to bear. In my humanness, I mourned the loss of (what seemed like completely) worry-free days. In the darkest hours, when her seizures were breaking through despite medications, or the side effects left her too weak to get up, or her embarrassment around incontinence or unexpected falls made her afraid to go to school, I cried for what she was going through and what I couldn’t shield her from. Yes, I let my mind go to the worst possibilities, the what-ifs, and the oh-my-Gods. Will she ever be able to have children? Will she be able to live a normal life, go to school, drive? All the while I kept those fears from her. Those were not a kids’ to bear. I remember silently begging any spirit that was listening to let me endure the side effect of all the meds for her.

Through it all, Jen was the happiest, smiling-est child you’d ever hope to come across, and unless the meds were interfering, she was a curious, loving, and enthusiastic kid. That’s what I hung on to, her determination to enjoy life. Her demeanor and zest reinforced our intention to treat Jenny not as “normal” child, but as an extraordinary child, which is exactly what she was and still is. Her physicality was evident even as a little one as she hiked with us into high mountain lakes, refusing to be carried. Her compassion for others is second to none.  She has always enthralled and amazed me. Her abilities, physically, intellectually, and emotionally, were evident and there was just no option to suppress her enthusiasm. Therefore, she never knew how frightened her dad and I were, wondering what her future might hold.

As time went on, while we were always on guard for the next seizure, just living in and enjoying the moment became our new norm. We rarely told her no when she wanted to try new things, and she constantly amazed us with her fearlessness. At the same time, she was adamant that we tell no one about her seizure disorder.   Only the school nurse knew – not her friends, not the teachers. That was difficult, but I respected her desire, as scary as that was but there was much to do and little time to dwell on the unknowns and what-ifs.

Eventually, a medication was found that mostly kept the seizures at bay though the sensation in her arm never completely disappears. Despite my secret worries as she became more and more independent, she was very responsible about taking her medication, and kept extras in her glove box. Yes, she learned to drive and got a drivers’ license. She behaved like a normal teenager. She went to slumber parties, she dated, she participated in and excelled in all sports, becoming a 4-sport letterman and selected to All State teams. She graduated, and went to college on athletic and academic scholarships. She became a Cross Fit champion and is a successful businesswoman.

In 2012 when it was disclosed through Cross Fit platforms that she had epilepsy, despite the fact she’d hidden it most of her life, in her words it was almost a relief to have the world know. Then other individuals with epilepsy began coming forward, thanking her for her willingness to speak openly about her epilepsy. One day she said, “Mom, I think I was given epilepsy for a reason.” She understood at that point that she had the opportunity to make a difference, to help those with epilepsy to been seen as individuals and not their afflictions.   She knew at that point that she had the chance to help increase awareness of epilepsy and therefore funding. Most importantly, she became beloved by many for her integrity and grit, and has many friends and admirers. 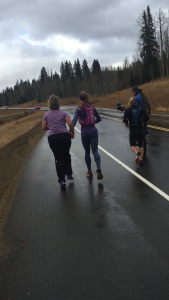 Jenny is the most extraordinary woman I’ve ever met. My fear, heartache, guilt and sadness that all begin nearly 25 years ago are all but forgotten as I gaze upon my fearless daughter. She’s one of the lucky ones who has found an effective treatment for her seizure disorder, and she is well aware of that.   We know that could change any day, but for now her focus is on helping inspire those with epilepsy and their parents to fight the good fight, and to help bring awareness to the public of the trials surrounding this condition. The only emotions I feel now are pride, love and respect for my remarkable daughter.  ~Cathy Desautels 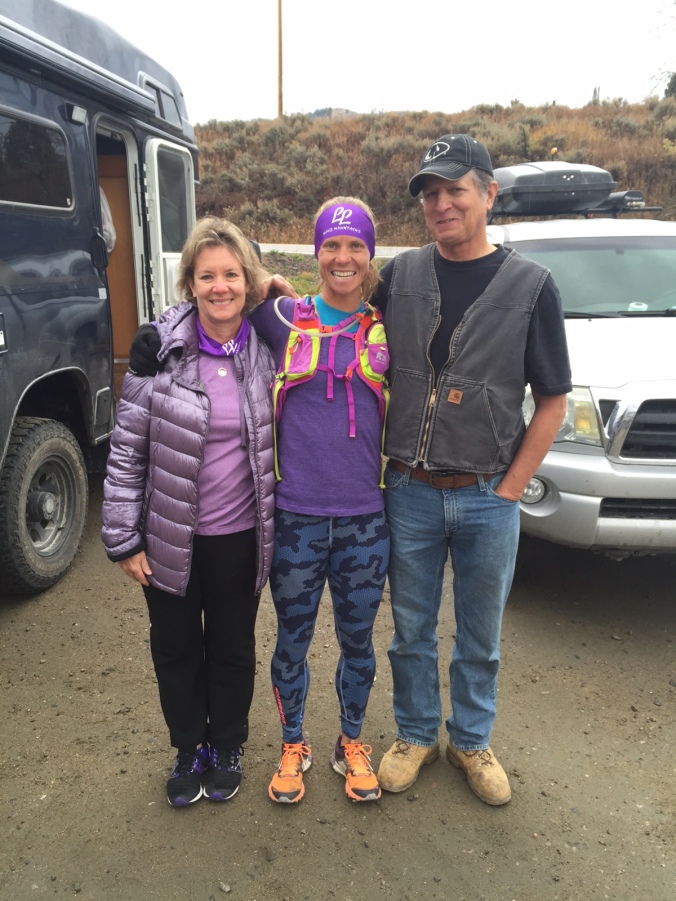 7 thoughts on “Epilepsy Through My Mom’s Eyes”